Viennese Actionism: An unique convergence of shock value and Transcendence 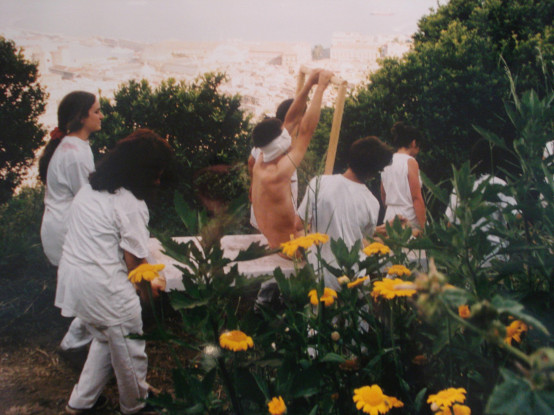 Although it was a short lived movement in XX century art, Actionism made a significant contribution to the European art scene of the 1960’s.

The movement took shape in Vienna, the Austrian capital and reflected an increasing tendency in modern art to explore performance as its main mode of expression. Other influential collectives and movements that became important during that period and shared the same vision included the Fluxus group, Neo Dada, Noveau Realisme and gestural abstraction.

Actionism was essentially the work of four main contributors and collaborators: Hermann Nitsch, Rudolf Schwarzkogler, Otto Muehl and Günter Brus. They defined their art-making as "actions" which aim was to denounce and call out the hypocrisy of the Austrian, conventional, middle class socio-political institutions, particularly in the context of the aftermath of World War II. Interestingly, these four artists never saw themselves as the forerunners of a new art movement; rather, they freely interacted and contributed to each other's projects during a short period , and essentially shared a common interest in moving away from objects-centric creative practices and media. In this regard, they really were a forerunner to what subsequently became viewed as "performance art." They pioneered the enactment of carefully staged events before an audience within structured conditions. 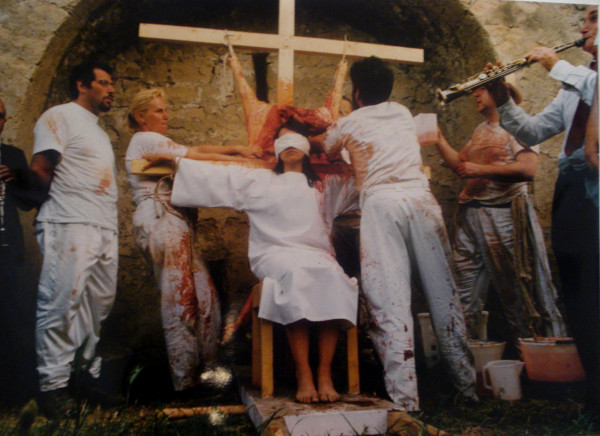 Although the Actionists had started their careers by using painting as their main medium, they quickly realised that their future lay elsewhere. They decided to abandon canvases and figurative representation as a form of expression and made a radical turn to use the human body as the template for their explorations. The human body, their own and those of the performers they collaborated with, became the stage for their performances which they redefined as "actions." The general purpose of an action was to tear down the walls that existed between the audience and the artists, between the discomfort which comes from social conditioning and the freedom of challenging convention and repression. The Actionists had individually experienced the devastating consequences of World War II on the collective psyche of the Austrian nation from which Adolf Hitler had risen to power. Their artistic idioms inevitably reflected the social impact of the War on their country. 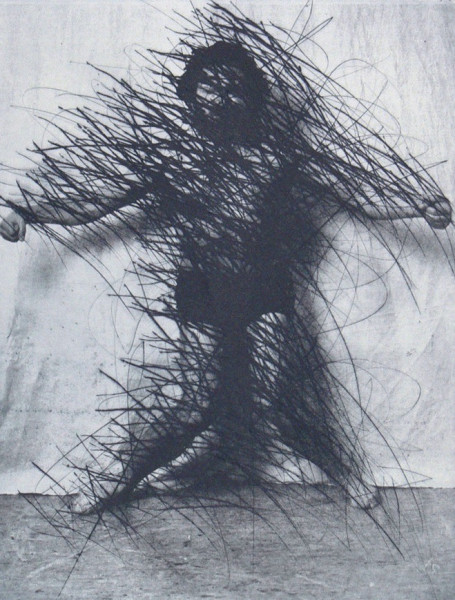 The political ambitions of the Actionists were quite clearly established from the inception of the movement. Not only did they want to explore unconventional methods for artistic expression but they also wanted to openly explore the dark side of Austria's political participation in Germany's 3rd Reich.

The official consensus in Austria after the war, was that the country had been reluctantly coerced into collaboration with the German war effort and policies. The Viennese Actionists thought that this was a mischaracterization of the true events and wanted to confront their fellow citizens with the ghosts of their voluntary participation in the German-led political agenda. The group immediately decided to work on the fringe of what was legally permissible according to the post-war Austrian authorities. Nudity, physical transgression, sexual indecency became part and parcel of their act.

Gunter Brus, Hermann Nitsch and Rudolf Schwarzkogler were all arrested on several occasions for violating obscenity laws, while Otto Muhl literally had to flee the country after staging his "Piss Aktion" performance at the 1969 Hamburg Film Festival. Their resolute determination to confront the local authorities and face legal prosecution for their actions clearly set the Actionists apart from their contemporaries and consolidated their reputation as the most challenging avant garde movement of the XX century. 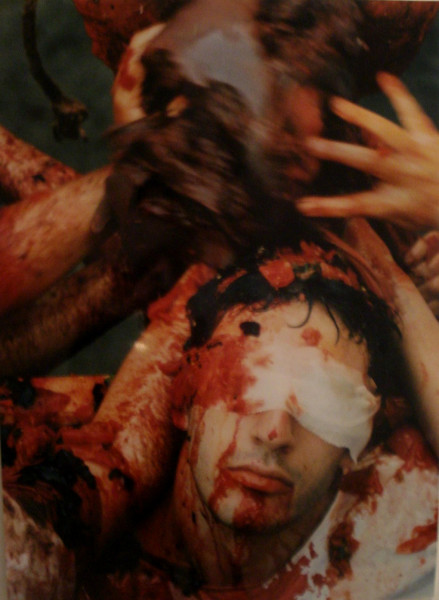 International fame took the Actionists by surprise at the "Destruction in Art Symposium"  in London in 1966, when they crossed path with the members of the Fluxus movement for the first time. From an aesthetic point of view, it is important to emphasize that each of the Actionists had a distinctive stylistic approach to their work. However, there are also distinctive themes and subject matters which bind the works of Schwarzkogler, Nitsch, Muehl, and Brus together in a coherent frame, although this was never consciously intended by the members of the group. They essentially saw themselves as artists who came from the same environment and reacted in similar but also distinctive ways, to events which dominated the immediate post-war period they were a product of.

A major aspect of the thematic continuity in their works, rests on their collective adoption of the human body as a substitute for the role traditional canvases had historically played in figurative painting. This was a deliberate split from the traditions which had preceded them, which they inaugurated in the late 1950's. Major pieces dating from that period include Nitsch's "Degradation of a Female Body" (1963) and Brus's "Hand Painting Head Painting" (1964). These are two significant attempts to rethink the human form as a template from which exacting artworks could be built.

In this sense, the Actionists were undeniably forerunners for the practices of subsequent performance and body artists, who further developed the rejection of methods confining them to preconceived ideas about figurative and sculptural art productions. Their intention was to substitute traditional paintings with what Otto Muhl defined as "material actions," in other words, although the intention would originate  from painting, it would expand beyond the surface of an actual painting through the use of the human body, or any conventional object which could be used as the surface for the picture. Space and time would therefore be added to the physical plane for a renewed sensory experience. 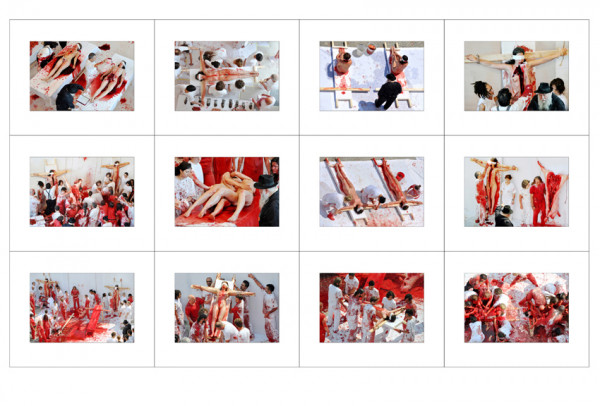 The Actionists wanted to overturn the inherent limitations and conventions of  figurative painting. They substituted traditional paint materials with body fluids and excretions, and also pioneered  the use of the actual physical human body as an outward plane for staged performances as early as the late 1950's.

Although the shock tactics value of the Actionists' productions may still leave some audiences feeling uncomfortable, their political manifestos remain a searching attempt to push artistic discourse  to its extreme limits. They rejected the idea of art being a mere consumeristic commodity which consolidates the authority of the  state. Instead, they wanted their work to be a new channel for political action and communication. A lot of the content they produced was carefully documented and archived for posterity by experimental filmmakers like Kurt Kren and Amos Vogel and is regularly celebrated to this day in avant garde and subversive art festivals around the world. 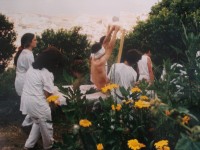