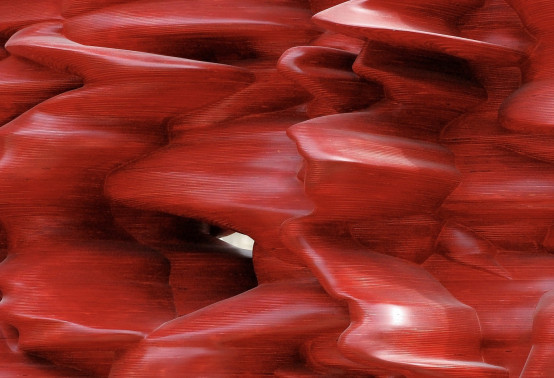 In the early 1980s, a new, vibrant group of young British sculptors came to prominence on the Art world scene.  Their work was characterized by a repudiation of the Minimalistic movement in sculpture. These young sculptors replaced the stylistic conventions of the Minimalist school with a concerted effort to return to more conventional materials, methodologies, and symbolism. Overall, the 1980s reflected a significant cultural shift in the Art world. The prevalence of Conceptual and Minimalist Art started to decline, giving way to new ideas and perspectives, such as neo-realism and neo-expressionism in painting for example. The New British sculpture artists collectively returned to a variety of design techniques and materials, which included marble engraving and a renewed interest in stone chiseling. Allegorical representations re-entered the general discourse, as well as lyrical captions and names for the works the artists were producing. It is in this context that a  group of young British artists came to the fore in the mid-1980s, under the banner of the New British Sculptors. 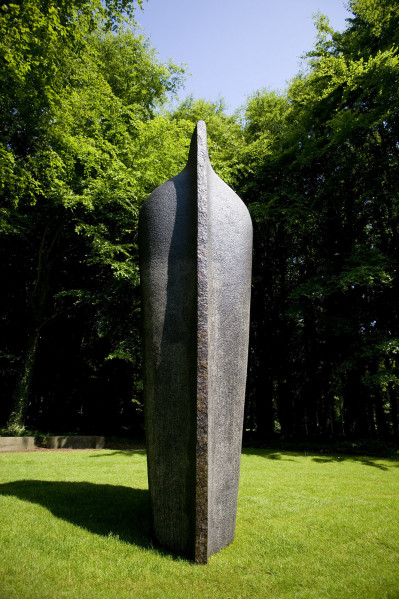 Born in 1946 in Bristol and trained at the School of Art and Design in London, Stephen Cox is a British artist whose work specializes in imperial porphyry stone sculptures. His interest in porphyry stone, a specific type of material, known for its very hard consistency, dates back to an exhibition he took part in at the Palazzo Reale in the early 1980s. Cox had until then, mainly focused on conceptual and minimalist works, which essentially revolved around plaster-based installations and building processes. As he traveled around Italy during the Palazzo Reale exhibition, he visited the limestone pits from which the great architects of the Renaissance had extracted their material, in Milan and Florence. It is with this historical thread in mind that he began creating the sculptures which became his signature works: Atyeo (1986), "Hymn" (1990), "Porphyry Peregrine" (2017). Cox's work explores ideas of discontinuity and fragmentation in the production of sculptural pieces, as well as the creativity inherent in contemporary archeology. 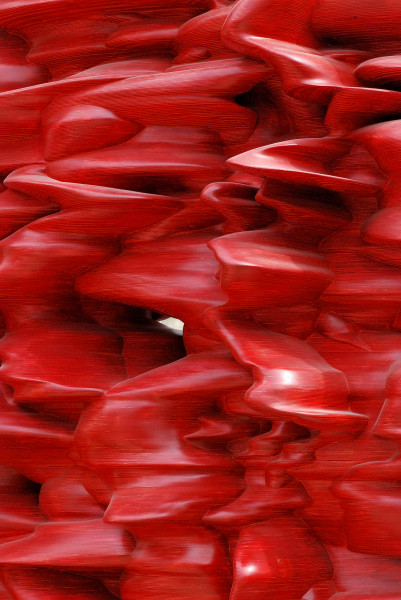 Tony Cragg was trained at the Royal College of Art in London. Born in 1949 in Liverpool, he was always aware, as an art student, that the generation which had preceded his own, had created extremely important developments in modern art. The shadow of Conceptual and Minimalist Art loomed large over the post-war generation. Fortunately, Cragg had no interest in following in the footsteps of the Minimalist masters. He subsequently developed a lifelong friendship with fellow sculptors Richard Deacon and Bill Woodrow, who shared a similar lack of interest for the previous generation's achievements. Cragg refuses to see himself as a "conceptual" artist. Rather, he sees his work as a continuous learning process. This path took him from mostly building found objects sculptures at the beginning of his career, to exclusively creating original work from scratch these days. By using precious materials such as bronze, his work of late, has been focussed on re-creating movement through physical shapes. But his "Early Forms" series (2015), is not necessarily only attempting to encapsulate movement as such: rather, it reflects Cragg's unique way of infusing something completely still, like a sculpture, with an atemporal potential for dynamism and motion.

In Richard Deacon's work, substantially large shapes that seem to be featherlight, quickly appear before their shells come apart like skeletons. Their rudimentary interiors, made of emboldened steel, display a constant animated grace which characterizes them. Deacon is another illustrious member of the New British Sculptors group. Born in 1949 and trained at the Royal College of Art, like his close friend Tony Cragg, he quickly found his voice by favouring stripped-down works, which skilfully conceal the labour which went into their fabrication. "Fabrication" is a word Deacon has a particular affection for. He doesn't see himself so much as a sculptor or a carver but more so as a "fabricator." In his own words: "I quite like the double entendre of the word "fabricator": a fabrication is something made up, as well as something constructed." Deacon sees fabrication as something you can use to tell stories, stories which could be completely invented, that may have nothing to do with the truth, or which could also be the honest-to-God truth. Major exhibits by Deacon include "Struck Dumb" (1987), "Lock" (1988) and "Mammoth or Fold" (1990) a giant 12 tonnes ceramic folding screen. For Deacon, the excitement he feels when he discovers new forms and ideas is as infectious as when he started his career. His insatiable curiosity makes him one of those rare artists, who constantly confound our expectations. 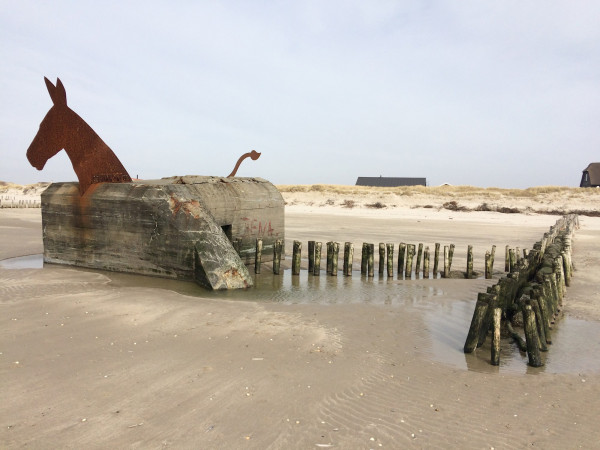 Bill Woodrow has always attached tremendous importance to what he refers to as his "drawing practice." His methodology has remained fairly constant throughout his career and consists in the meticulous application of a 3-part process to all his projects: observation, comprehension and documentation of the subject under study. The resolution of the tension which resides between verbal and visual communication is at the heart of Woodrow's stylistic concerns. As a visual observer, Woodrow insists that the most important aspect of his job, is to get as much data as possible, not only about the model being depicted but also, critically, about whatever context or environment, may surround the model. Born in 1948 in Oxford, and trained at Saint Martins College of Art in London in the early 1970s, Woodrow may easily be considered to be the last key proponent of the New British Sculptors School. His first solo exhibition held in London in 1972, mainly consisted of a montage of found objects sculptures and installations. Woodrow was always naturally drawn towards the rigour of narrative contextualisation. This approach culminated in his 2000 "Regardless of History" piece, which set the stage for a fictionalised climate change catastrophe. In spite of producing highly conceptual work, Woodrow has always remained a passionate advocate of observational drawing which he recommends to all his students. He is also famous for his unconventional use of honey as paint material. He is particularly fond of the remarkably rich colours it produces and the thickness of the texture of honey. A few of his major works include "Brixton Boys Street Noise," a smashed TV set screens based installation, "In Awe of the Pawnbroker" which consists of 5 bronze units joined by metals chains and padlocked together, and "In Your Face," a stainless steel mask which was the result of one of his several collaborations with his friend Richard Deacon. 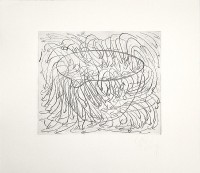 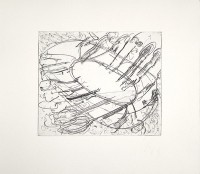