Alex Katz is an American painter born in New York in 1927. Although his work is often related to pop art, he's also closely associated with abstract expressionism, through his figurative compositions. Over the years, he has consistently explored the tension which exists between the 3-D physical real world and the 2-D surface of the canvases he uses to capture his portraiture and landscaping unique work.

In many ways, Katz is a sort of  pivot point between the abstract school of the 1950's and the pop art world of the 60s. He truly shifted the conversation from the  interior to an exterior gaze, thus opening the way for a generation of artists  for whom surface really became important again. Katz studied at the Cooper Union School of Art in New York and later on at the School of Painting and Sculpture in Skowhegan, Maine. 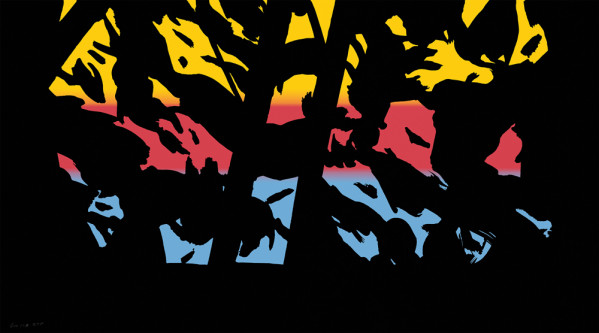 His early efforts show the influence of famous contemporaries such as Jackson Pollock and Willem de Kooning. But very quickly, his work matured into elegant, sophisticated, worldly  and disingenuously simple productions. His paintings are full of opposing curves, held together by geometric shapes in which every brushstroke serves a purpose. They delineate his paintings and infuse them with a vital energy.

Katz usually carefully draws his subject matters on canvas before painting them. He describes himself as a "hands and arm" painter, creating a lean sense of movement in his works from memory. Katz has also steadily used printmaking, cut-ups, and theatrical production designs throughout his career.  He increasingly used these media from the late '60s through the 1970s as well as maturing his usage of  sculptural forms. He slowly started looking into developing large-scale landscapes paintings, evolving immersive techniques to encapsulate the viewer in the visual experience in the process, a technique he still uses to this day. 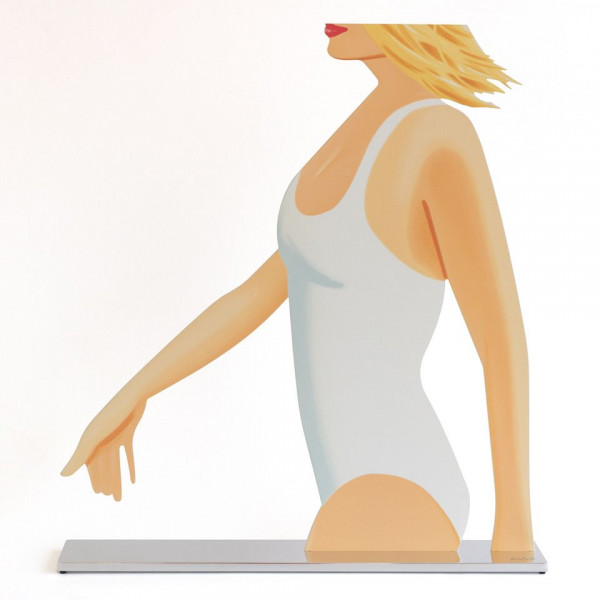 Over the years, Katz has held successful solo exhibitions at the Brooklyn Museum in New York, at the Jewish Museum in Israel, the Museum of Modern Art in Dublin Ireland, and the Centre of Contemporary Arts in Malaga, Spain, among many other museums.

A child of Russian immigrants to America, Katz grew up in New York during the Great Depression. The inherent instability of living between two cultures, between the past and the future, between exile and assimilation must have played a significant part in Katz 's inability to fully trust realism. This is a consistent theme which pervades his approach to painting, this  duality between the subject matter and the painter's empirical observations of the "real world."

Katz has always believed that we refer to as "reality" is permeated by a myriad of perceptions such as culture, environment, and  subjective experience. Katz categorically rejects absolutes as a template for the apprehension of reality: his only allegiance is to his own taste. This is why although the great painters from his generation such as Jasper Johns and Robert Rauschenberg staunchly embarked on their radical exploration of Abstract Expressionism, Katz felt no inclination to follow in their footsteps. 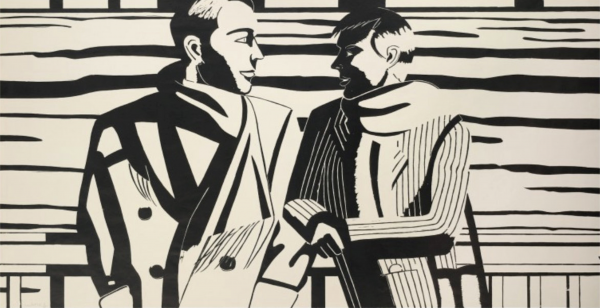 He found a great deal of inspiration in the works of the key American poets and writers of the mid-XX century: Frank O'Hara, Edward Gorey,  Gertrude Stein. He shared with them an indomitable appetite for life, wrapped up in stylized sophistication and life affirming vigour.

Katz's ongoing  responsibility is to restlessly reveal the vibrancy and vitality hidden in his portraits and landscapes. He still wants to capture the "now" of the ephemeral moments that find their way into his internal world and then onto his paintings. In many ways, one of his major accomplishments has been to transform the flatness of his pictures into something captivating and intriguing.  This unique approach to his work reflects the collective spirit of his contemporaries from the 1960's. They wanted to bring out the aggressiveness of the surface from their canvases, which was best captured by emphasising the flatness of the objects they represented. 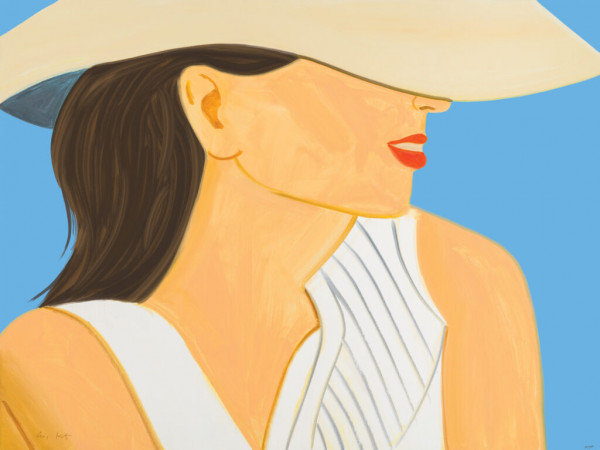 In the previous era of the 1950's, the influence of Impressionism was still strongly felt among American painters, who represented surfaces suffused with softness, against which Katz reacted in his own work. Katz gradually discovered his own voice when  he started to focus on topics reflecting his daily life and the lives of his closest acquaintances, friends and family. Concentrating on his immediate reality enabled him not to fall into the trap of merely following trends or copying other artists's styles and techniques.

In his paintings, Katz is able to reveal how light is both mirrored and deflected by the light once its motion  is captured on the canvas.

During his early years in art  school, he learned to rethink how perspective should be subverted and explicitly avoided in modern painting techniques. As a general rule, Katz and his contemporaries were strongly discouraged from using shadowing, model design and illustrative descriptions in their paintings. Their only building blocks were the straight  lines on a simple geometric plane. Their goal was to seize the urgency of the present moment and reveal it with minimum means and decorum.

But from early on, Katz wanted to find a way to make representational work that looked fresh and new. He wanted his paintings to spread over canvases ever expanding in size. He seized the momentum of Pop Art's adoption of contemporary thinking and graphic ideas which informed his physical sense of styling. Throughout his body of work, Katz has increasingly chosen to keep perception in the foreground and relegate meaning to the background.  He came to the conclusion that the latter decelerates the momentum of the former. In accordance with the vision of the 1950s Abstract Expressionists painters his intention is to dismantle meaning from the picture altogether. Significance, context and form must be prevented from slowing down the immediacy which can be captured by the absence of conventional descriptions. 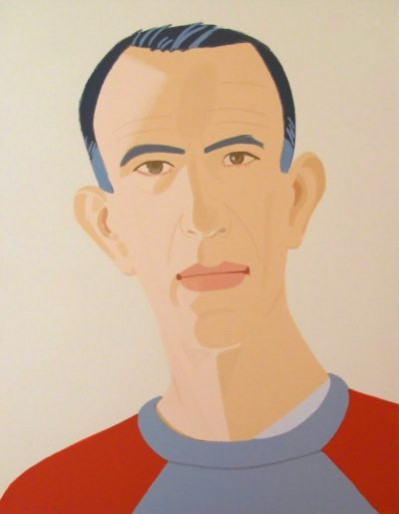 Although Katz always acknowledges the debt of gratitude he owes to Abstract Expressionism, he also single-mindedly pursued a representational commentary in his own work. This is  how he managed to extract the impulse of abstraction from an inner exploration towards the outside world.